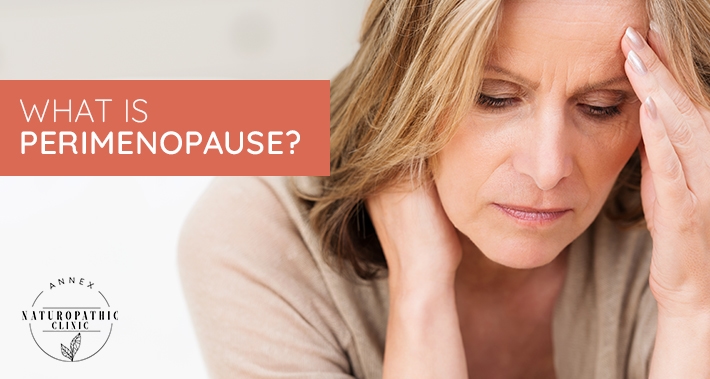 You may have heard of “menopausal transition”; this is the same as perimenopause, which translates as “around the time of menopause”.

Anyone who menstruates will eventually go through the, but due to the wide range of symptoms, which can also vary widely in severity, everyone experiences this time in their own way.

It’s for this reason that many people come to Annex Naturopathic for hormone replacement for menopause.

Let’s talk about perimenopause today, and how we can help.

Menopause is when your body reaches the end of its reproductive years, and is marked once you’ve gone through a full twelve months without a period.

However, the time leading up to it involves several symptoms related to the reproductive system steadily reducing its function.

Most people who experience perimenopause will do so during their 40s, but there are some who go through this as early as their 30s, and others as late as their 60s.

What occurs during perimenopause is the unsteady decline of estrogen compared to when it is balanced during optimal childbearing years.

There are many symptoms of perimenopause. They include:

• Irregular periods: longer or shorter, less frequent, lighter or heavier
• Hot flashes
• Sleep problems
• Mood changes, including an increased risk of depression
• Vaginal dryness, which can cause painful intercourse
• Increased vulnerability to vaginal or urinary tract infections
• Loss of bone tissue, which can additionally contribute to incontinence.
• Decreased fertility, though beware that pregnancy is still possible and you should take precautions until at least 12 months without menstruation
• Sexual arousal and desire can wane or change
• Natural increase in HDL (good cholesterol), which can reduce the risk of heart disease
• Natural increase in LDL (bad cholesterol), which is known to increase the risk of heart disease

A profoundly natural process, many people turn to natural solutions to help ease their symptoms of perimenopause.

We recommend you consult a naturopath before starting any treatment regimen, as we can educate you on safe dosing practices that work best for your unique combination of symptoms. 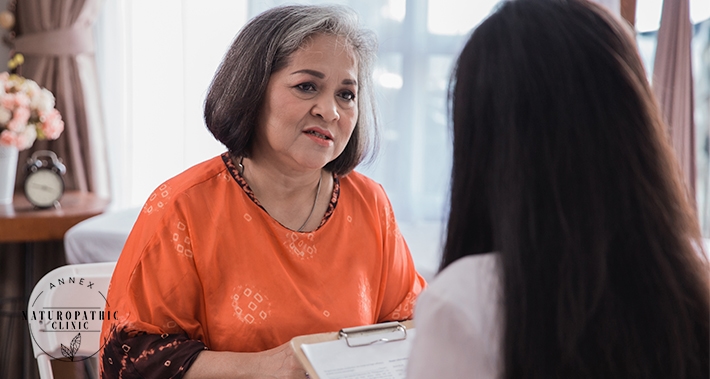 Hormone replacement therapy (HRT) is a common treatment for people whose hormone levels are lower than optimal.

In recent years, bioidentical hormone replacement therapy (BHRT) has come to the forefront as a more natural solution to pharmaceutical HRT.

Bioidentical hormones are derived from plant hormones that have been identified as chemically-identical to the hormones the human body produces.

Bioidentical hormone therapy may reduce your perimenopausal symptoms by providing balance to your hormone levels.

Be sure to seek the advice of a naturopathic doctor before starting to use Black Cohosh, as it can interact with several other medicines both pharmaceutical and herbal.

However, if it’s safe for you to use, it may help reduce the effects of hot flashes.

It is recommended not to use black cohosh for longer than one year as studies on it have mostly been short term in nature. Please consult with a healthcare provider if you would like to consider black cohosh.

Similar to black cohosh, St. John’s Wort interacts with many pharmaceutical medications, so we strongly advise to consult a health professional before beginning to take St. John’s Wort.

St. John’s Wort has shown to relieve vasomotor symptoms, especially for those with a history or high risk of breast cancer.

Acupuncture has been used for centuries as a Traditional Chinese Medicine commonly used to relieve premenopausal symptoms such as hot flashes, night sweats, issues sleeping and emotional imbalances.

Acupuncture has a number of other health benefits as well, and as a result is a popular natural healthcare treatment.

Calcium is well-known for helping with bone health, which is particularly important in peri- and menopausal women, as the loss of estrogen makes one prone to bone loss. One of the symptoms of bone loss can be incontinence.

Book An Appointment At Annex Naturopathic

Have you started to notice a few of the symptoms listed above?

Or perhaps you’re in full-fledged perimenopause and are seeking relief?

Call now to book your appointment at Annex Naturopathic Clinic and one of our skilled naturopathic doctors would be happy to help. 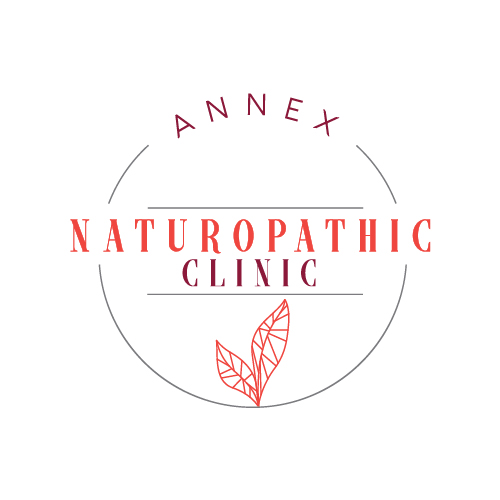